Disclaimer: This page may contain affiliate links. If you make a purchase using one of those links, I may earn a commission at zero cost for you. Please see my disclaimer policy here.

Not many people know that there are 3 Mayan ruins in Cancun city center and in this post I will tell you all about them.

Cancun has always been renowned as the beach destination or the nightlife mecca of Mexico and for a reason.

Its 20 km beach and the turquoise Caribbean sea are breathtaking. But you will be surprised to know that there is much more to give Cancun credit for. Cancun Mayan ruins are something unique, and worth visiting.

Among all the things to do in Cancun, the Cancun Mayan ruins are at an easy reach for all those who stay in the Hotel Zone, as they are right there or relatively close. Here, in this post, I will tell you all about it.

I was in Playa Delfines photographing the sunrise in one of the most popular beaches in Cancun. Here is where every traveler comes and takes their picture on the CANCUN sign at the ”mirador”, a slightly elevated point overlooking the beach where they have located a huge and colored Cancun sign.

It is beautiful indeed, no question.  However never would I have thought that at 6.30 am, the time I arrived, it was as crowded as if it was noon!

Since the first Cancun Mayan ruin, more appropriately called  Mayan archeological sites that we are going to explore is right there, behind the beautiful playa Delphines, why not start the day right here admiring the spectacular sunrise?

Among the Cancun Mayan Ruins, El Rey is the easiest to access and to find, although it’s most of the time underrated.

It is a tiny site but with a lot of charm in it. The grounds are flat and immaculate as if a green carpet has been rolled down for you.

The temples and dwellings (or what remains of them), in total 47, are almost perfectly aligned on the sides of a 520 mt aisle, or what it looks like it, only interrupted by a ceremonial center formed by two plazas.

The whole settlement is surrounded by any sort of palm trees and other tropical plants which were offering a sort of natural decoration and isolates you from the main road and civilization.

Everything looks so tidy and perfect that I had to ask the guardian whether that was the original site or it has been brought from somewhere else.  Silly me.

Of course, it is real. I am just baffled that despite the massive and fast edification of the hotel zone and all the financial interest involved,  this little piece of history has been speared and well preserved, a little corner of history in the hip Cancun for you to enjoy.

But surprises didn’t finish… if you follow me this is typical of me when I start discovering something… it works like a domino. Remind me I need to research that. When you want something and you make your own steps, the universe will conspire to help you… Not sure if you believe it or not, but it certainly does for me.

On my way out of El Rey, I was so satisfied and fulfilled, that I thought I would stop by the Mayan Museum which was on my way home and for a resident is free on Sunday (just like all the other sites).

I mean it’s just a few bucks, but the fact that I had the same privileges as a Mexican citizen made me feel some sort of pride. Besides  I had some time before my kittens could accuse me of abandoning them.

When I went to visit the museum I was alone. So peaceful. (Ah! did you know that if you are a resident of Mexico you don’t pay for museums and archaeological sites on Sundays?)

After pleasantly watching a few kids focusing on their artworks in a class, I kept walking along the bizarre walkway on the ground floor, which caught my attention; labyrinth-shaped, making its way through immaculate gardens, only interrupted by original colored cartoon statues representing characters of Mayan mythology.

Beautiful and immaculate. Following the little maze, only later did I realize that  I missed the main entrance of the Museum Exposition, but that was not a bad thing as I have found out about another archaeological site of which I never knew the existence, nor would I have ever known, hadn’t I decided to visit the museum.

The site was tiny but significant with a couple of Pyramids, but what I loved about that was the immaculate jungle garden, with huge secular trees elevating from their enormous emerging roots, palms and the sac be’ like trails that lead me to the temples through the thick vegetation.

It was just beside the main road and yet so peaceful that you don’t even realize where you actually are.

An oasis of tranquillity in the crazy hotel zone party arena. The site is called San Miguelito and it was a very important Mayan settlement during the late post-classical period of Mayan Prehispanic History (1250-1550 BC).

Along with El Rey, San Miguelito was part of a large complex of Temples, houses, and other constructions protected from the sea by sand dunes which is where the hotels have been built.  What a refreshing discovery! that actually put my imagination at work thinking about the whole area back in the days when the Mayan civilization was in charge.  So fascinating! I became even more eager to know all the information that the museum would provide.

And in fact, it was indeed very informative, without being too long and tedious.

It is actually only 3 rooms, one of which it’s dedicated sometimes to a temporary exhibition whereas the remaining others offer a good summary.

Situated on the top floor of the building where after the visit you can enjoy a stunning view of the lagoon, the museum offers a nice summary of the history of the Mayan civilization and its evolution; and it shows a good number of archaeological finds, very well organized throughout the two rooms.

Explanation boards are translated into English, as well as the TV screens, where you can also watch interesting videos, are also either in English or Spanish.

I left very satisfied with my half a day cultural experience. But there is one more thing I want to suggest.

In Cancun we have another Mayan settlement called MECO situated right in the city passed Puerto Juarez on the way to Isla Blanca. So you could actually organize the 2 visits on the same day.

As you can imagine, also this site is situated close to the water which would have facilitated the commercial relationships with the other sites mentioned above.

What remains or has re-emerged from the MECO settlement is very little, but it still offers an interesting walk in the mysterious tropical jungle.

During the solstice of spring, this site becomes the home of some Mayan ceremonies to salute the new season and ask to the gods and goddesses for another blessed summer.

Well, my fellow travelers, I believe I told you all the essentials. Thanks for reading all the way to the end. And if you enjoyed the article I would really really appreciate it if you could share it on your favorite social media and click on the small heart above the title. 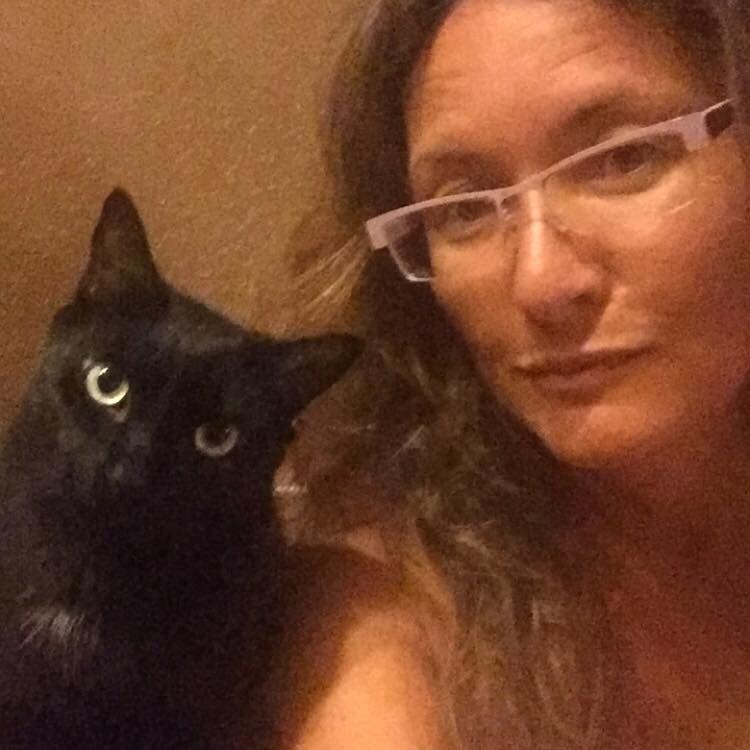 A passionate traveler and photographer, in love with life and adventures, Isabella is the founder and editor of Letstraveltomexico where she shares her love for Mexico, a fascinating country that she’s proud to call home. When she’s not exploring a new place you will find Isabella in a cafe, writing on this blog, or on her other sites Boundless Roads, Mexico Cenotes and Ruins and Letstraveltocancun.com where she loves to share her travels on and off the beaten path in Mexico and around the world. 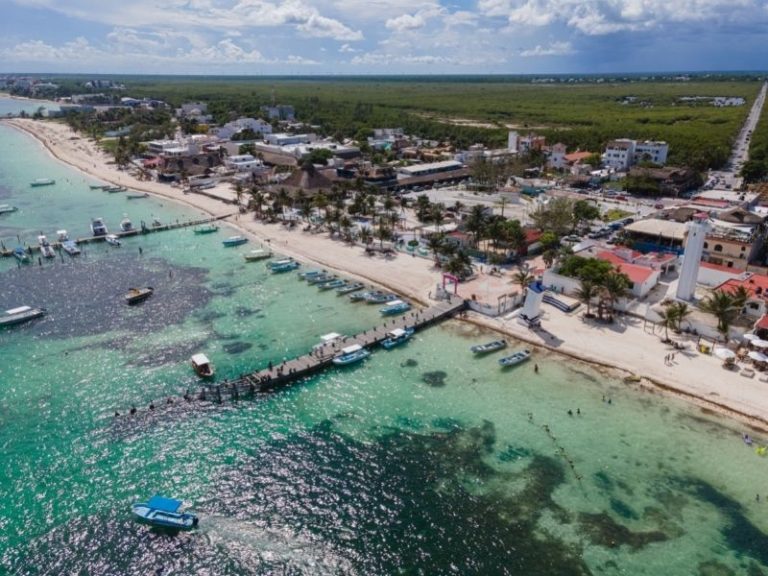 Disclaimer: This page may contain affiliate links. If you make a purchase using one of those links, I may earn a commission at zero cost for you. Please see my… 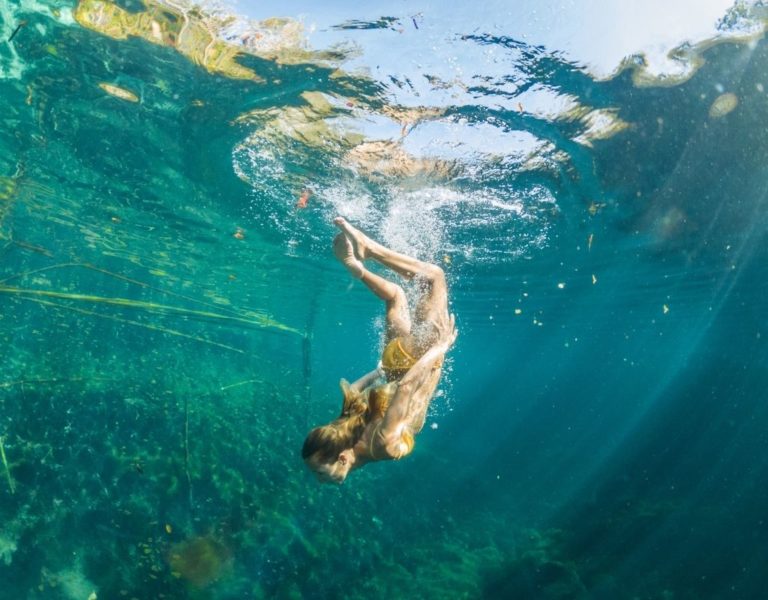 Planning a trip to Tulum!? Check out these incredible Tulum snorkeling sites, how to get there, and more practical tips for the best vacation in Tulum! 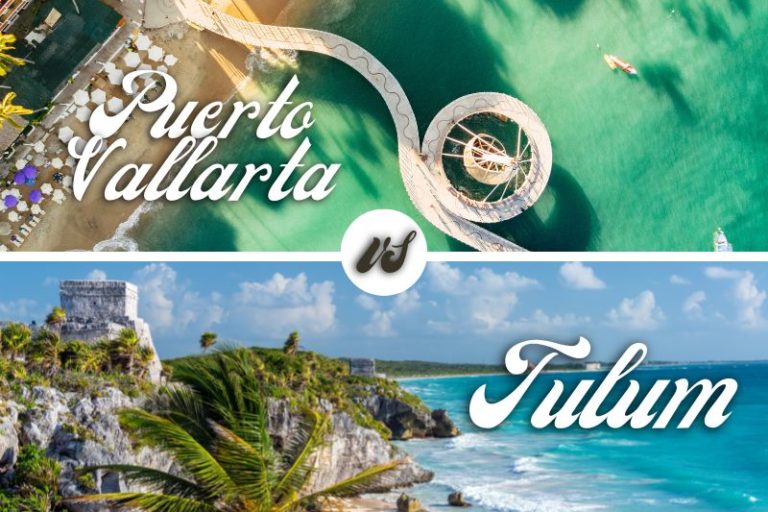 If you are undecided between Tulum vs Puerto Vallarta, here I will talk about the main differences between the two popular Mexican beach resorts!

Swimming with whale sharks in Cancun is a very popular option that a lot of tourists (and even locals) go for. In this post, I will tell you how to do it, where and when!

Disclaimer: This page may contain affiliate links. If you make a purchase using one of those links, I may earn a commission at zero cost for you. Please see my… 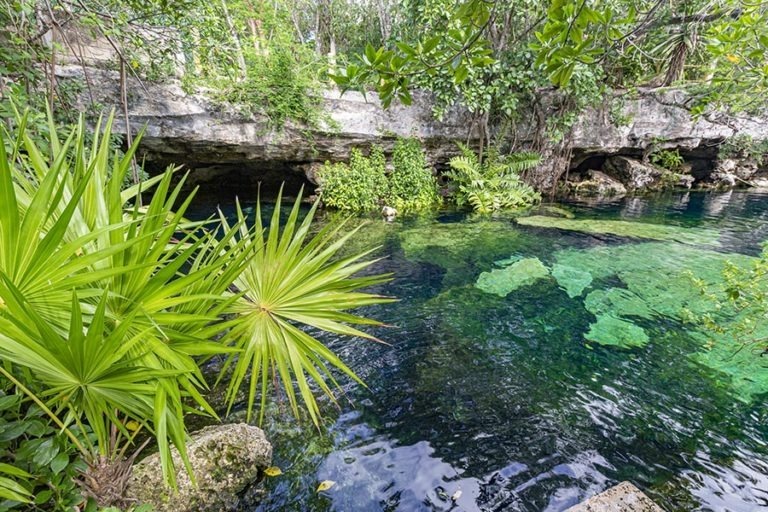 Tulum cenotes are popular throughout the world—and rightly so; there is an endless range of amazing cenotes in, and around, Tulum. If you’re visiting Tulum, your trip would be incomplete without visiting its cenotes. So today, I’ll be telling you all about the best cenotes in Tulum, their locations, how to get there, and everything else you need to know to get the most out of Tulum’s cenotes. 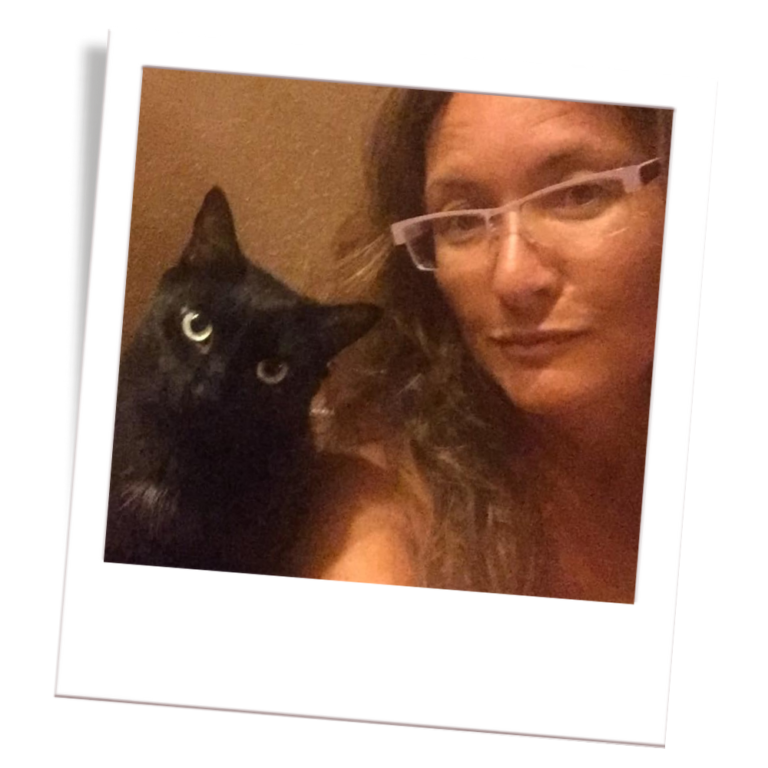 Hello there! This is Isabella, the author of this blog, and a cat lover. I am an Italian expatriate and a nomad adopted by Mexico. After 7 years of living in Cancun, I have decided to leave my job and explore my beloved Mexico while sharing my travel stories and offering useful travel tips about traveling to Mexico on and off the beaten path.

Also, check my other informative sites: